We’d only been traveling in New Zealand for an hour and we were already deeply invested in another family adventure of a lifetime. “I’m going on a mental pilgrimage now. I’ll talk to you all later,” Our 19-year-old son Zion lobbed this lofty pronouncement from the backseat, as he organized his earphones and dubstep playlist. As his parents, Zara and I have spent two decades riffing on Zion’s phraseology.

“Ah, you’re into pilgrimagery now,” I remark.
“You should put pilgrimigering on your resume,” Zara added as Cheshire grins filled the car.

Five years ago, Zara and I sold our house in Canada and invested our life savings traveling around the world for a year with Zion and our daughter Riel. It was the year we became, FOUR HOMELESS MILLIONAIRES. On that trip, we spent six weeks touring New Zealand, but never made it to Northland. We’ve come back to remedy that outrageous oversight.

The Hibiscus Coast Highway swallows us in a ‘junglee’ vibe. Zara and Riel are filming out every window trying to capture the ridiculous amount of greenery, as my gums flap in the breeze in a vain attempt to describe what I see. Northland leaves me feeling inadequate as a poet and writer…I mean, we’re not even halfway from Auckland to Whangarei and I’ve already run out of adjectives and am desperately short on superlatives.

“You know how people in movies can never run or hide from the mob or nefarious government agencies?” I say at one point, trying to describe the otherworldliness. “Seriously…you could just move anywhere on this coast and I swear no one would ever find you!” As I make this observation, I am unaware I’ll be eating these words later that night for dinner in the Bay of Islands.

We’re heading to Paihia where we’re overnighting on YHA Bay of Islands The Rock Cruise. The Rock is a floating hostel that offers a 22-hour adventure package. Personally I think management should be ashamed for their misleading online advertising. Nowhere in their promotional material did I find any mention of a ‘mind-blowing, conscious-altering life experience.’ As this best describes our time on board, it just seems a bit irresponsible is all I’m saying.

Over the 22 hours we fished, kayaked, snorkeled, ate steaks off the BBQ and tried raw ‘kina’ eggs from sea urchins. But the most spectacular, jaw-dropping experience happened under the cloak of darkness. Now I’m no scientist, but as I understand it, there is a plankton-like creature with magical Middle-earthish superhero skills that lives in the water in the Bay of Islands. It absorbs sunlight during the day and at night when the water is disturbed, glows and shimmers with an electric bioluminescence. We knelt on the deck with childlike wonder, running our fingers through the water, mesmerized by the miniature galaxies shooting out of our fingers tips. I didn’t realize I was making laser sounds until Zion elbowed me in the ribs and shushed, “Dad, two words ‘mental pilgrimagery.’ Give it a try…for all our sakes.”

At one point we jumped in a couple of tandem kayaks and paddled off into the darkest reaches of the bay. We laid back in silence under a breathtaking array of stars as the water shimmered through our fingers. With Zara in front of me, and Zion and Riel floating just a few feet away, it was easily one of the Top 3 experiences of my life, in no small part because we were experiencing it as a family. “This world is amazing,” I whispered as Riel paddled past. With exploding hand gestures on either side of her head she nodded and mouthed the words, “mind blown.”

Back at The Rock some people were night swimming. As someone swam by four feet under water, their breaststroke movement looked like they were making snow angels in outer space.

As Zara and Riel huddled with a shivering group of swimmers around the fireplace, the first mate came up to me and said, “All day I’ve been trying to figure out why the names Rik, Zara, Zion and Riel sound so familiar, and I finally figured it out. I was at your concert in Fort St John, B.C., Canada and bought your book, FOUR HOMELESS MIILIONAIRES.”

My mind reeled at the staggering odds that out of 35 people floating on a little houseboat in the Bay of Islands, one of them would have been at a concert on the other side of the world. Speechless, I mimed Riel’s actions and mouthed, “mind-blown.” That’s when I realized the movies are true…this great big world is too small to hide from the mob!

The following day we checked into YHA Bay of Islands Paihia and met Andy, the gregarious owner who exudes an infectious joie de vivre that permeates the establishment. As I commented on the energy bustling about the kitchen and patio, Andy said, “We’re social creatures. We want connection with others and at a hostel it’s easy. You don’t have to go to a bar or club, it happens while you’re cooking dinner or just hanging out having a glass of wine. Interaction is all around.” Andy perfectly summed up why our family has always loved hostels.

The next morning we joined a group kayaking from the Waitangi Bridge to Haruru Falls. We glided through Mangrove forests, past Maori Pa sites and eventually paddled our badass selves right into the falls. After paddling back and devouring a second breakfast that would have made Pippin proud, we drove down to the Waipoua Forest to walk among the gargantuan kauri trees. Standing at the base of the 2500 year old, Tāne Mahuta ‘Lord of the Forest’ I fully expected to run into the Lorax.

The next day we headed north to 90 Mile Beach and Cape Reinga. Savvy parental travelers know that stocking up on pilgramigering snacks before a road trip is a must. As I was pulling into the Countdown, I had a Kiwi-Canadian, smile-and-wave moment with a couple that were hitchhiking on the side of the road. An hour later when we stopped for gas we saw them again, standing thumbs up on the side of a different road.

A couple hours and a terabyte of photos and video later, we arrived at Cape Reinga. We were strolling down the path to the lighthouse, feeling like we were on top of the bottom of the world when we met the hitchhikers! The fact that we ran into them again, AND, that they’d beaten us to Cape Reinga turned me into a babbling brook. I told them how connected we all were in this great big world, but how the universe had revealed that none of us can hide from the mob or nefarious governments because it’s so small. Zara whispered that I was scaring the hitchhikers, but I like to think the wariness in their steely-eyed gaze meant that they found my observations incredibly deep.

On our return from Cape Reinga we stopped to rent sandboards so Zion and Riel could fly pell-mell down the giant dunes. Someone on Instagram thought we were on a Star Wars movie set. We headed to Rarawa Beach to investigate a claim that it has the whitest and squeakiest sand in NZ. Then with much fear and trepidation, we seized the opportunity to drive down 90 Mile Beach, one of the only beaches in the world that is a registered highway. Thankfully tsunami-like waves did not materialize, and I was not tumbled out to sea amid the accusatory screams of my children. Mental pilgrimagery for an imagination like mine can be quite terrifying at times.

The next day we oohed and aahed our way through more gorgeous greenery on our way to Whangarei and as we rolled into town wouldn’t you know…we passed the same hitchhikers! There are some moments this great big world feels ridiculously small.

We checked into YHA Whangarei and met Martin, the owner who immediately asked, “How much time do you have and what would you like to do while you’re here?” Within minutes, Martin’s hand drawn map had led us to a gorgeous waterfall and a secluded swimming hole with a dangling rope swing that Zion found too tempting to pass up. Riel videoed me blathering on to Zion about momentum and trajectory while Zara tried to protect her firstborn by continually interjecting that I had no idea what I was taking about.

From Whangarei to Waitomo. Even though we’ve been in New Zealand driving on the left side of the road for ten days, I still periodically turn my windshield wipers on instead of my signal lights. I don’t know if I should blame it on muscle memory or stupidity…for the most part, Kiwi drivers have saved their commentary for behind my back…and for that, I am truly thankful. In spite of my latent asininity, we’re back on the road barreling south with windshield wipers flying and visions of glowworms and blackwater rafting dancing in our heads.

Upon arrival, a rotund gentleman with what my son described as a, Gilmi-esque physique, directed us to park in a delightfully green field and showed us a secret path to the visitor centre. We joined the teeming crowds touring the Waitomo Caves, weaving our way through stalagmites as stalactites hung like gothic chandeliers in a vaulted subterranean cathedral. At the end of that tour, we popped our heads above ground just long enough to catch a shuttle bus down the road to explore the Ruakuri Caves. My only real complaint with New Zealand so far is how many times I have to mouth the words, ‘mind blown’ while making the little exploding hand gestures.

After a full day of driving and caving, we headed to YHA Waitomo where we’d booked a room. Or had we? Wires had gotten crossed, reservations had not been reserved and the hostel was fully booked. Not being a religious family, we still thanked god profusely for Stephanie, a very resourceful and extravagantly tattooed young woman who possessed razor sharp problem solving skills. She procured a tent, mattresses and sleeping bags for Zion and I, and found Zara and Riel the last two available beds in the hostel. No matter what she’s making, Stephanie deserves a raise!

We woke well rested the next morning and headed to The Legendary Blackwater Rafting Co. for a 5-hour caving adventure. It was hands down one of the best family adventure experiences we’ve had. We were abseiling, clinging to flying fox zip lines, climbing waterfalls, jumping off ledges into inky black eel infested waters and floating down an underground river on tubes. There were caves the height of cathedrals with glowworms illuminating the ceiling like constellations. And long narrow tunnels with slender clefts in the rock that allowed me ample opportunity to test the strength of my safety helmet. It was family fun at its absolute best captured in this VIDEO.

As we headed for Auckland we were all chattering and laughing in a post-adrenalin haze. Taking turns retelling our favourite moments, it was hard to believe we’d done so much in Waitomo in just 24 hours. It’s a truly spectacular area in an amazing country. If I were a local, putting up with goofy foreigners flapping their windshield wipers at every intersection would be a small price to pay for living in paradise. At least that’s what I’d tell myself.

Here is a 3 minute video that captures our MIND-BLOWING ADVENTURES IN NEW ZEALAND.

As a Producer, Performer, TV Host, Author & Sommelier life is an odyssey of adventure and discovery that feels far too short to waste a single day! Contact: info@rikleaf.com 250 896 2572 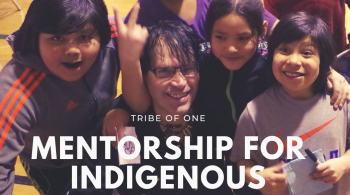 What is a Creative Content Strategist (& Why Do I Need One?)

What is a Creative Content Strategist (& Why Do I Need One?)

Living A Creative Life & Doing More Than You Dreamed Possible

Living A Creative Life & Doing More Than You Dreamed Possible